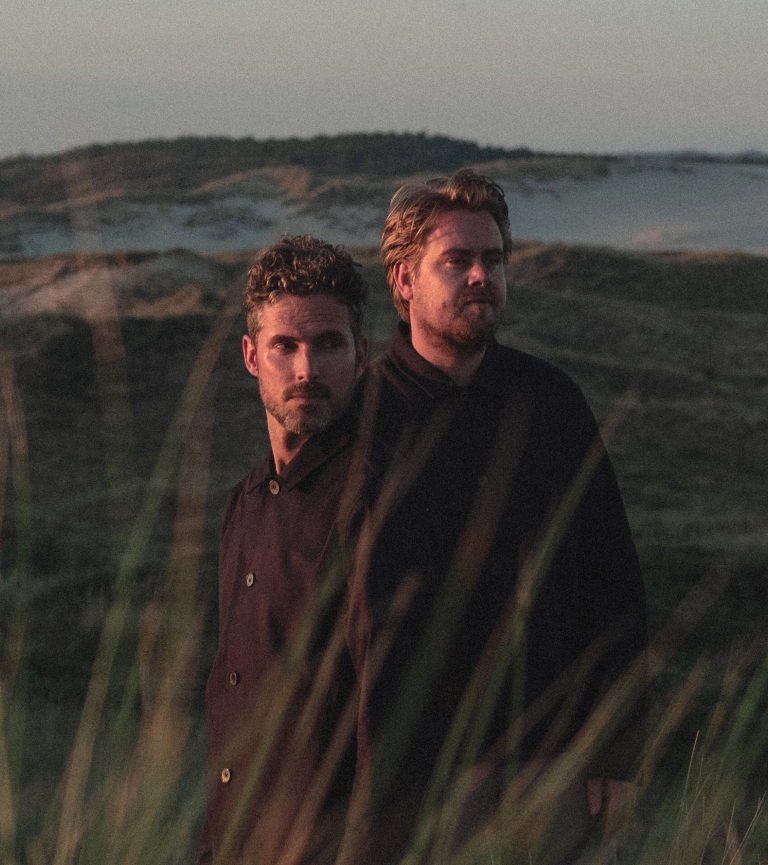 Lockdown Artist Discovery is a blog posts series created by the five music bloggers from Switzerland (PlanetSarah, Loads of Music, Kekoas Korner, musicandevents, and erenblogs 😉). We all teamed up to introduce to you new artists during the second lockdown in Switzerland, which is for now going to last until the end of February. Therefore, starting with the 31st of January there will be two blog posts online on different blogs every Sunday until the end of February. So, this is your chance to discover new artists. This Sunday Haevn on erenblogs and Luke James Shaffer on Loads of Music.

In this blog post, I’ll be introducing the Dutch indie band Haevn. The band was formed in 2015 by the duo Marijn van der Meer (singer-songwriter) and Jorrit Kleijnen (soundtrack producer). Right now, they work together with guitarist Bram Doreleijers, bass player Mart Jeninga, and drummer David Broeders. The duo first gained international attention with their songs Where the Heart Is and Finding Out More, which appeared in a Dutch BMW commercial. Both songs have reached over 12.7 million streams on Spotify today. After their debut, their fame in the Netherlands was unstoppable, since they played sold-out shows and festivals, became radio stations’ favorite. In 2017 their song Fortitude became the season 2 opener of the famous TV/Netflix series Riverdale. A year later they got signed to Warner Music Group and released their debut album Eyes Closed, it reached #2 in the Dutch Album Top 100 charts. Around this time, I first discovered them on Spotify. I fell in love with their songs Bright Lights and Back in the Water (37+ million streams on Spotify). I just love Marijin’s soft calming vocals. Therefore, I had to add these songs to my Late-Night Spotify playlist.

In 2019, Haevn has released the live album Symphonic Tales which was recorded with a 50-piece orchestra. 2020 was their time to tour all around Europe but as we all know they had to postpone the tour dates already twice due to the pandemic. The Unfold Tour is supposed to start on September 14 this year with a stop in Zurich, Plaza. Let’s hope they will be able to play the show. I’d love to see them live and finally experience some concert feeling again. Until then you can listen to their newest single Throw Me a Line, released on January 8 this year.

Check out the other music bloggers of the Lockdown Artist Discovery series and their articles: