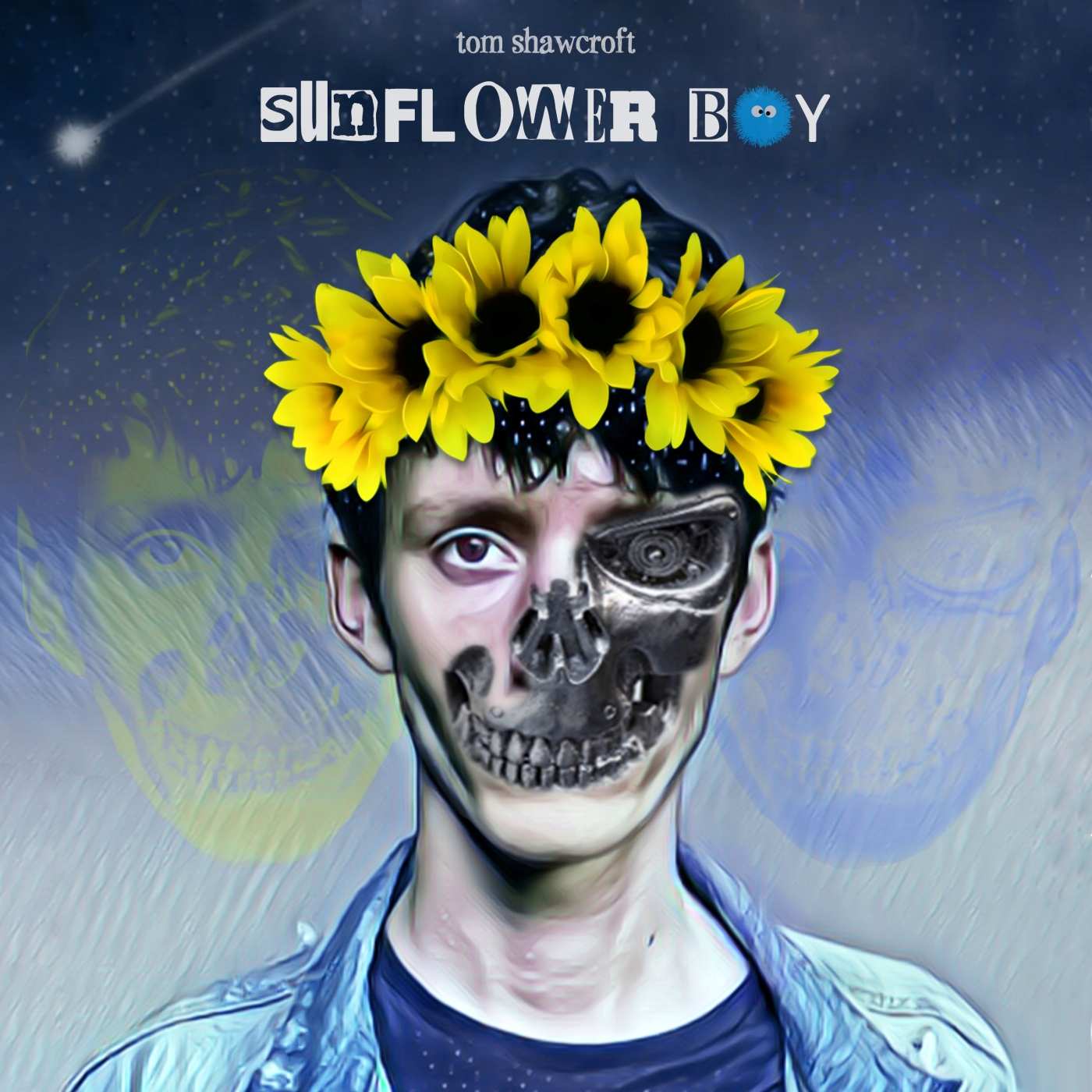 The 22 years-old British singer, songwriter and producer Tom Shawcroft has released his 2nd studio album called sunflower boy on June 12. For his new record, he has produced 12 indie-pop and electro-pop tracks with introspective lyrics from his bedroom. Tom’s passion for music helped him throughout his teenage years, especially when he got diagnosed with type one diabetes just by the age of 13.  Alongside his solo music he also works within the community to bring music to a variety of groups, including young people with autism, learning difficulties and young aspiring musicians with great potential. For his music style, he is inspired by famous artists like The Beatles, Jon Bellion, and Lauv. I can also say that he’s music sounds similar to Jeremy Zucker and Troye Sivan. I got obsessed with his single upset. I streamed this song on repeat last year, no wonder it became my #14 most-streamed single of 2019. The lyrics video for upset has almost 50K views on YouTube where Tom has reached over 130K views in total, subscribe to his channel 😉.

Tom describes his new record as: “Sunflower Boy takes you on a journey about the life of a new-born man. His head is clear of any influence and he is able to carve his own path through life”.

Now let’s dive into the world of sunflower boy and take a look at these new tracks. Tom has released the first single figure out on April 14 this year. A track with beautiful soft melodies on a mellow guitar riff, a song you need on a rainy afternoon. Even though the lyrics portray a reunion with an ex-lover it’s actually about finding yourself again. Another track for rainy days is the first bonus track, in which Tom comforts his girlfriend by telling her that summer is coming please wait, while she’s depressed by the rain outside. Speaking of rain Tom makes it rain with the 4th single of the record called rain making. It’s a must-listen since it has probably the most diverse production on the album. Tom is taking you on a dark spiritual journey while dancing to make it rain but he still manages to bring light and hope to your ears during the enchanting chorus. He took his songwriting skills to the next level with this indie-alternative pop track. This song might be the masterpiece of the album.

Tom thematizes sexual desire and drug & alcohol consumption in the 3rd single BOOM BOOM! He manages to reflect the concept very well with his seductive deeper vocals and outspoken lyrics. It’s a party track you don’t want to miss especially the scratchy beat production. I don’t know about you, but the quarantine time really messed with my hormones if you know what I mean. “You wanna grab somebody make your body go boom boom. When you feel it in your blood you better go boom boom”.

The 5th single demons has an intro, which is like a soundtrack for a utopic fairy tale world movie. Tom really did challenge himself by having two parallel melodies during the pre-chorus and some looped back vocals for the rest of the song. It’s not very pleasant for the listener but it represents the voices in someone’s head very well. All in all, it’s a great song thematizing mental health: “I’ve been fighting of the demons that keep me wide awake. I’ve been holding out for something to keep my mental state”. It’ll definitely find its listeners. Tom already provided us an insight into his mental state with the 2nd single better if you never. This time Tom was asking his lover for a little space and for time to spend on his own. “I’m just so low and depressed…you know it’s better if you never call me back”. However, this track is a productional sensation. It starts with a simple lo-fi beat and then gets dynamic after the first half. The electric guitar and the instrumental part make this song diverse in an enjoyable way.

Tom actually chose the album titled experimental track to start the record with. In sunflower boy, he finally finds himself in a messed-up society, where you are expected to follow blindly a leader’s values. The varying production and his different singing styles in sunflower boy just define the setting for the rest of the album and are just a foretaste for what’s to come. I love the lyrics on break, don’t fall, Tom finds himself in an unexpected relationship with a girl he thought he’d never get together with. Therefore, he struggles to open up about his feelings to her. But he knows he’s the one to blame. The production is also a bit crazy with some futuristic sound elements but the cassette recorder effect in the outro is so vintage. You will definitely enjoy Tom’s soft melodies on this scratchy beat.

Sunflower boy of course doesn’t miss some breakup songs. The upbeat trap-pop track alone again starts with its catchy chorus immediately. And Tom seems to be in a dilemma in the lyrics since he wants to let his past go but he still doesn’t want to give up his relationship just to be alone again. We all fall in love with our lover right, but Patience is all about falling out of love. In the lyrics, Tom is asking his girlfriend to be patient and give them a chance. But then, in the end, he even blames her: “I’m sorry you got bored, you made us fall out of love”. This breakup song especially manages to touch me since his tender melodies and the lo-fi production add up so well together. I also get some Jeremy Zucker vibes and I love it. A remix with him for this track would be a dream come true. Definitely one of my favorites. The drama continues on the dreamy-pop track confirmation, in which Tom is singing about how it is to break up with a drama queen. In the first verse, he even means: “You act it’s a race to know you. Got to know you, hate to know you. Your life ain’t a one to show. You’d fake the show, you’d hate to know you”. Tom definitely didn’t hold back his production skills for this track, it really gets crazy towards the end.

The final track on sunflower boy is the second bonus track called supernova (float with me) a collaboration with the young female artist Tori Sheard. I love the beat production it also resembles a lullaby. One thing I don’t enjoy is the vocal filter during the chorus, which makes them sound robotic. However, this love song is still one of my favorites and a nice way to end the record.

All in all, Tom Shawcroft manages to impress with his diverse productions and relatable lyrics throughout these 12 tracks. Which are all original in their own way. You definitely won’t miss some breakup songs for rainy days on sunflower boy. Tom is a young talented independent artist, who deserve a breakthrough. Make sure to check out this brand-new record and follow Tom Shawcroft on your favorite platforms.