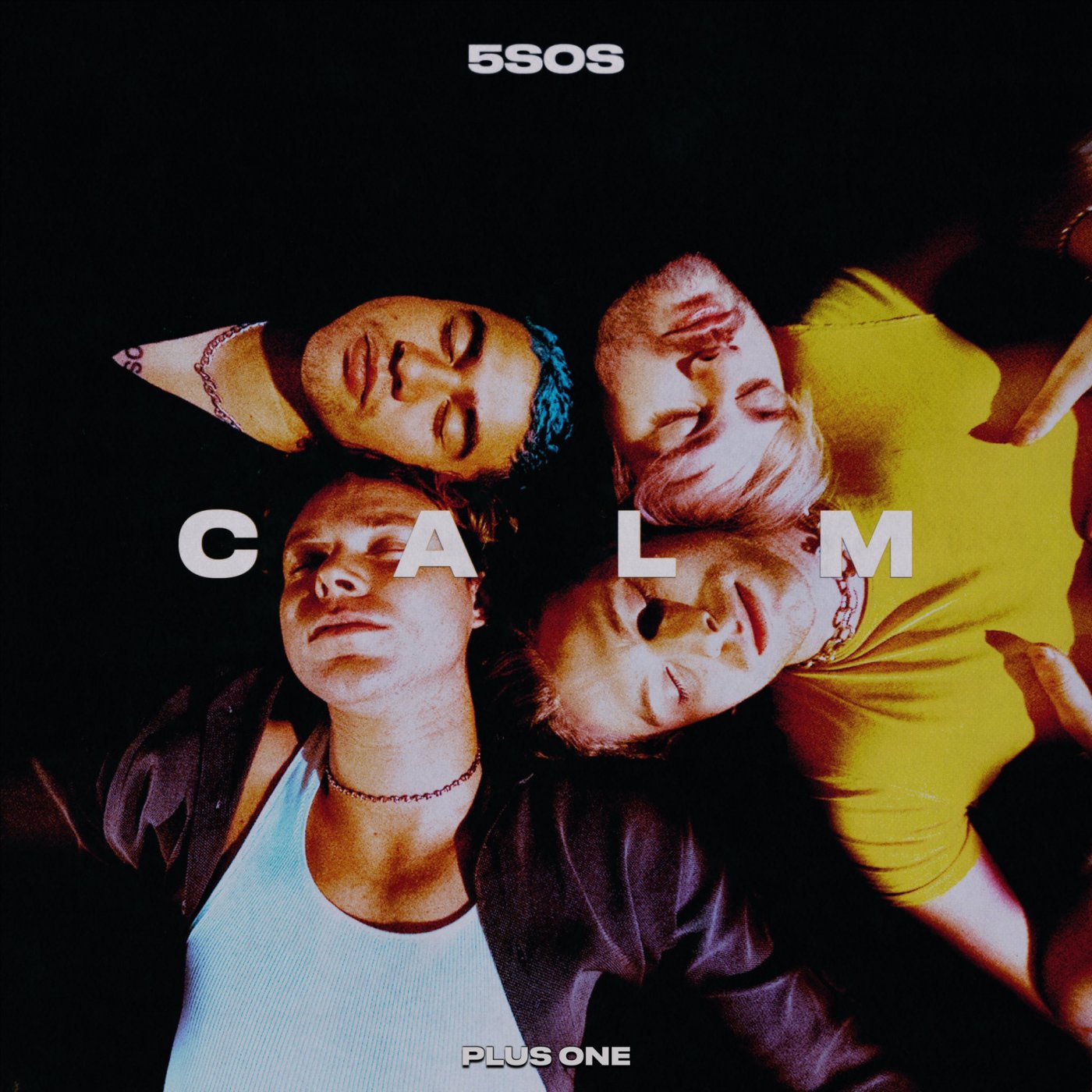 The Australian pop-rock band 5 Seconds of Summer released their 4th studio album CALM on the 27th of March. I know them since their debut but after their last project Youngblood, I can say that I got a lot of love for these four boys. I also saw them live on their Meet You There Tour in Zurich and can’t wait to see them live again. So, I was very curious about their new record and wanted to review it for you guys, I hope you like it. CALM debuted at #1 in the UK and in their home country Australia. It debuted at #62 in the US due to a shipping error of 11 thousand copies, which were delivered one week before the official release date. Therefore, after the official release, the album peaked at #2. All the fans know it would have been again a #1 album without the shipping error.

Now let’s look at the singles of CALM. The double-platinum lead single Easier was released on May 23 a year ago. The boys wrote this song with Charlie Puth and Ryan Tedder, who is the lead singer of OneRepublic. He also co-wrote for the Jonas Brothers (Sucker, Cool, What A Man Gotta Do), Camila Cabello (Cry for Me) Ed Sheeran (Happier) and for Shawn Mendes (Because I had You, Particular Taste) recently. No wonder this song is a masterpiece, everything is fine starting with Luke’s falsettos, the scratchy beat and the relatable lyrics about a love-hate relationship. The concept of a love-hate relationship continues in the 2nd single Teeth, released in late summer last year, which was also a soundtrack for the 3rd Season of 13 Reasons Why. I love this series. Successfully Teeth went platinum in Australia. I must say that this dark rock-pop track gives me Billie Eilish vibes, but I still like it. Ryan Tedder worked again on this single and he also has his fingerprints on the romantic ballad Best Years, in which Luke promises to give his girlfriend her best years. How beautiful is this?

With their 3rd single No Shame released on February 5 this year, the boy band criticizes the modern society regarding social media, beauty standards and chasing fame. I must say this fact gets clear during the chorus, but the verses are rather about a toxic relationship. However, I love the production of the song and make sure to have watched the adequate music video! Old Me, which was the 4th single released on March 6 made me already fall in love within the first stream. The lyrics are about growing as a person, accepting the mistakes you made as a human being and evolving to become someone better. Luke’s high vocals and the catchy production hypnotize me every time I listen to this song. It’s a song you can’t skip or pause before it ends otherwise you might get cursed. I also did a rection video to their music video on my new YouTube channel, I’ll put the link down below. The newest single Wildflower could have been on Harry Styles’ Fine Line due to its similar sound. This alternative love song brings light back to CALM during the verses and feels like a wakeup call during the chorus. I must admit that I couldn’t become friends with this track yet. It’s too dynamic for me.

It’s time for the other tracks on this record. Red Desert is the opening track and one of my favorites. All four are singing background vocals and accompany Luke. They layered their harmonies multiple times to get that anthemic and dynamic vocals, which was inspired by their previous cover Killer Queen by Queen. The lyrics are about being willing to get away to the Australian red desert just for your lover. It’s an awakening powerful start into the record. When I streamed CALM for the first time Not In The Same Way became one of my favorites immediately, it’s such an ear-pleaser. The upbeat production and the straightforward lyrics radiate good vibes only. Luke’s singing again about a toxic love-and-hate relationship. “Don’t know if I love you. Don’t know if I hate you”. This single-potential track was co-produced by benny blanco, who also worked with Selena Gomez and Halsey lately.

Can you believe that Luke started writing Lover Of Mine with his girlfriend Sierra Deaton? I didn’t even know that he has a girlfriend. Who’s still got a crush on him? Me probably forever! And why do Luke’s vocals keep getting better on every new album? This young man is killing my ears. In the lyrics, he sings about his fluctuating relationship and determines that he would never give her away because he already did this mistake once. Especially these lines are significant: “When I take a look at my life and all of my crimes. You’re the only thing that I think I got right”. I love it!

Thin White Lies is the empathic breakup anthem I’ll listen to immediately the next time when someone breaks up with me. I also want to give an honoring shoutout to Luke’s compassionate vocals during the chorus. Can we please all listen to this song on repeat? After a breakup you get a Lonely Heart, right? Let me define it as an upbeat rock-ballad anthem. I love the dynamic production and masterpiece-like vocals of this track. Luke is singing about how lonely he would feel if his lover would leave him. Even though he promises in the first verse: “Down on my knees, I’ll always follow. I promise you until the end of time”. On the album-closing self-reflective ballad High Luke now tries to move on after a breakup, while realizing that one-night stands weren’t meant for him. He’s hoping that his ex-girlfriend also still thinks of him highly. The track is rather spoken than sung, it doesn’t really have a replay value nor does it manage to be touching in my opinion. It will probably sound more emotional live than on audio. However, these three final tracks sum up to a nice story-telling end for this record.

With 12 tracks in total, the boys manage to please their fans’ ears. CALM definitely isn’t a disappointing next release after the success of Youngblood. They went for quality than for quantity this time since they had 16 tracks on their last project. Unfortunately, they can’t promote CALM during this quarantine time. Therefore, make sure to check it out and share it on your social media to help them out. Comment your opinion about the record in the comment section!

Watch my Old Me reaction video!