As a pop music lover, I’m in love with Mabel (24), the British R&B and pop princess, and her music. The debut album High Expectations is probably the most underrated pop album of 2019. However, her fans know how good music sounds like. Therefore, she sold out her show in Zurich last week. Thanks to abc Production Switzerland I had the opportunity to see Mabel live on her High Expectations Tour.

The concert was on the 25th of February in Plaza, a rather small club in Zurich. I went there with my twin sister since Mabel is one of her most-streamed artists of last year. The doors opened at 7 p.m. and this time we really had to queue for half an hour and wait outside. It was very cold and raining, we didn’t even have an umbrella just our hoods. As soon as we were inside, we could see the merch stand. I liked the colors of the designs and the prices were fair but I just wouldn’t prefer the comic prints of Mabel. As expected, there were a lot of teenagers and people around my age.

A quarter past eight the support act Kali Claire, who is also signed to Mabel’s label, went on stage alone. She had a positive aura and was literally smiling all the time, even when she was singing. Her music style is similar to Mabel’s just slower. She performed for 25 minutes and promoted her debut EP Symptoms Of A Teen, which she has released last year in May. My favorites songs of her are definitely Heart Felt and So Sweet a collaboration with the rapper Not3s. She impressed the crowd when she even rapped his verse. It seemed like there were some technical problems. Since she didn’t have a live band, she used playback for her songs but her vocals got drowned during several songs. My highlight of her set was when she covered One Last Time by Ariana Grande. It really is my favorite song by Ariana and I was very upset that she didn’t sing it on her Sweetener Tour. The entire crowd including me was singing along to this anthem. Kali was very talkative and promoted herself very well, she even took a picture with us, I jumped very high, so I hope you can see me on it. Before she sang Fix My Lonely, she admitted being very emotional and that she cried when she heard her song played for the first time on the radio.

We didn’t have to wait any longer for Mabel, after twenty minutes the lights were turned off for the star of the night. When the stage door opened, everyone was excited to see her live. Mabel appeared on stage with two female dancers flashing the entire crowd with her beauty and positive energy. She really is more stunning and the definition of gorgeous in real. Mabel started her set with her top 10 single Mad Love and got everybody dancing already. She kept the high energy with Bad Behavior and Finders Keepers, both count to my favorites. Afterward, she left the stage for a short break and came right back to perform We Don’t Say and Selfish Love. I had to question her vocals during We Don’t Say because it didn’t sound pleasant at all. I’m not an expert but I think she sang it partly off-key. Selfish Love deserved to be a radio hit single, it’s a real bop. Then, Mabel took the mic to give a shoutout to all the R&B fans before she sang her sexual older song Come Over from her 2017s mixtape.

Afterward, her dancers reappeared carrying three chairs, they placed them in the middle of the stage. They danced to Say My Name by Destiny’s Child and got everyone screaming. Some drunk fans, who stood in the first row, wanted her to drink a shot with them since one of them had its birthday. She didn’t do it but counted 1, 2, 3 for them and shouted to the birthday child live your life. 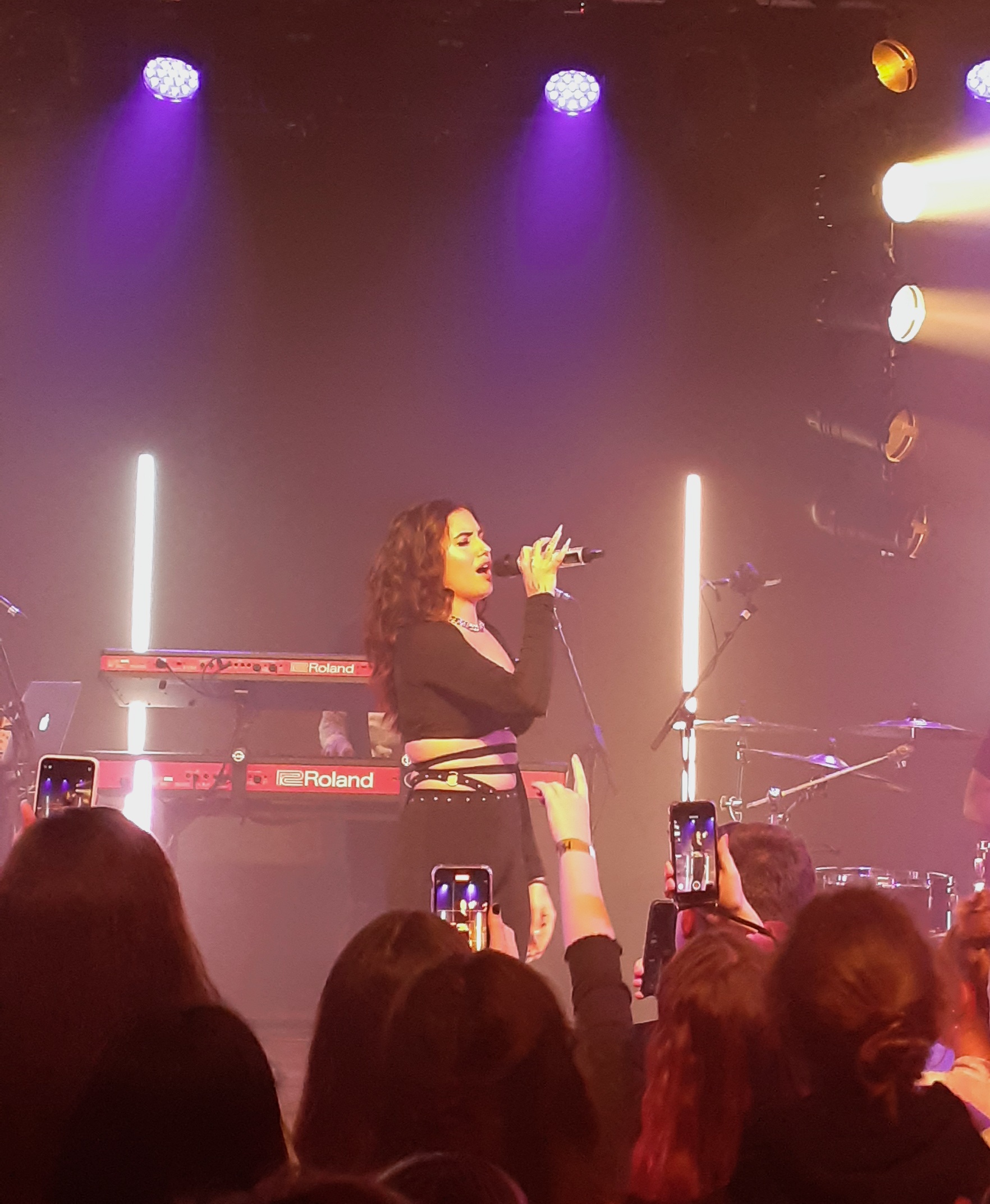 Later on, she announced Trouble, her favorite song to sing live. After singing and dancing to Put Your Name On It, it was time to get emotional. She talked about her personal experience with anxiety and depression. She motivated us with the words: “we need bad days so we can enjoy the good ones”. During her mental-health anthem OK a fan project was organized and a lot of fans were holding a sheet with the words “Switzerland Loves You”. Mabel got really emotional reading it out loud. She even hugged some friends while singing the song. After performing her newest single God Is A Dancer, she left the stage waving and saying thanks. The encore was all about being called by your lover since she performed her charts-smashing singles Ring Ring and Don’t Call Me Up for her Swiss fans.

Mabel is a talented artist, who can sing and dance. She gives her fans the best of both worlds. Her stage lighting was fascinating and she literally partied with the entire crowd for an hour. It’s understandable that she used playback for her vocals sometimes since she was dancing her ass off. I’m curious about her next musical projects and wish her the best for her solo career. Speaking of new music, check out her new single Boyfriend, which is just another banger. You can also check out my Instagram for some concert videos. Thanks for reading so far, see you next time.