The new year has started and we’re already getting new music from our favorite artists. But for this blog post let’s look at the albums I personally enjoyed listening in 2019. It wasn’t easy to rank them but I did it. Don’t judge me if your #1 album isn’t higher positioned in my chart.

Liam Payne released his debut album and unfortunately couldn’t manage to have a commercial success. His album seems to be released just to have so. Even the title feels careless and thoughtless. The only fact that he made it to my list is the fact that he included all his singles since 2017. The problem with this album is that it really is impersonal and unrelatable. But I still liked some of his new releases.

Must listen: For You, Remember, Live Forever, Both Ways, Strip That Down, All I Want (For Christmas)

I was never a fan of Madonna, I really thought she’s not the legend of my generation. But with her 14th album, I can say that I became a fan. She put effort to make her album sound like today’s pop music. Collaborations with rappers and Latin singers but also original and experimental tracks. I think Madame X is probably the most diverse album of 2019.

This adorable pop-rap duo finally released their debut album last year and it’s a pop sensation. The two best friends did everything right for their first record. Catchy upbeat songs, emotional ballads, relatable lyrics, and flattering melodies. I even had the chance to see them live on tour and was probably one of the 10 guys in the building. I had so much fun and loved their energy as a duo.

Must listen: Rise, Meet U In The Sky, Tension, 2 Cigarettes, April Gloom, Day Dreaming, Barcelona, No One Compares To You

Check out the concert review: HERE

I literally had a love and hate relationship with Camila in 2019. She released single after single before the album. I liked them but I also hated them. Then the big announcement of her relationship with Shawn Mendes and their collab Señorita, which became the track of the summer. I really didn’t know what to expect from her 2nd studio album. I was in love with her debut record that’s for sure and knew that she can’t top Camila. Romance dropped and it didn’t impress but also didn’t disappoint, it was just fine.

Must listen: Shameless, My Oh My, Senorita, Liar, Easy, Cry for Me, Used to This, Frist Man

I think Harry Styles was the male artist of the fall and winter season. His singles really made me believe his 2nd studio album is going to sound more pop than his debut. Unfortunately, when I listened to the songs, I was disappointed in the first place but still enjoyed some of his rock tracks. He had unbelievable commercial success in the US as a British artist and he definitely deserved it. 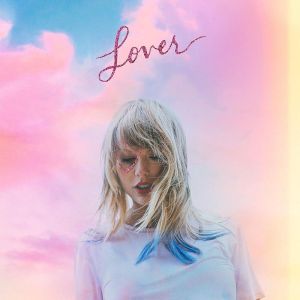 I had another love and hate relationship in 2019 this time with Taylor Swift. Her lead single ME! is still a nightmare but I got more excited for the album with her next releases. In my opinion, Lover’s release seems to be pressured from her label. She should have taken more time to write again personal music. However, Taylor proofed her songwriting skills once again with this body of work.

Must listen: Lover, I Forgot That You Existed, The Man, The Archer, Miss Americana & The Heartbreak Prince, Soon You’ll Get Better, You Need To Calm Down, It’s Nice To Have A Friend

Check out the album review: HERE

What a long album title but I think it was the most personal album of 2019. I’ve been waiting for this album since 2016. Nina took her time to write her 2nd studio album. She found herself as an artist and finally released something she can really be proud of. She knows exactly how to mix pop beats with meaningful story-telling lyrics. I’m a fan of her and I’m sure you’ll also become one as soon as you start to listen to her music.

Must listen: Colder, The Moments I’m Missing, The Best You Had, Loyal to Me, Somebody Special, The Sun Will Come Up, the Seasons Will Change, Black & Blue, Ungrateful, Still Waiting To Start

This is the best dance-pop album of 2019. Mabel makes everyone dance and sing with her debut studio album. Catchy and inspiring lyrics on upbeat tracks, this album is everything. She even sings touching ballads. Mabel definitely met all of these high expectations. I don’t understand why she’s still underrated. I’m so ready to attend her concert this year and have a joyful time.

Their comeback was one of my highlights last year. I was expecting new music by Nick Jonas, but why not including his brothers as well, right? I’ve got so much love for each of them. I could scream when I say that I’m going to see them perform live on the 13th of February in Zurich. Their album is personal and presents a diversity of pop tracks.

Must listen: Sucker, Cool, Only Human, I Believe, Lover Her, Every Single Time, Don’t Throw it Away, Rollercoaster

Check out the album review: HERE 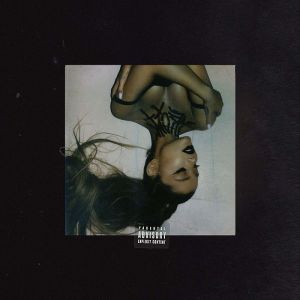 I don’t think that I have to explain this one but let me try. Ariana literally delivered with her 5th studio album. You know how much I didn’t enjoy Sweetener except the singles. But this album is another level. She recreated the sound of pop and made us all adore her. Ariana worked so hard, she had several projects going on at the same time and the fans always saw just the final output. Concurrently las year she was also on tour and had over 100 nights on stage, where she performed her ass off. I have so much respect for her as an artist. Yes, she made that money but she also deserved it.

Must listen: needy, bloodline, fake smile, bad idea, 7 rings, thank u, next, break up with your girlfriend, I’m bored

Check out the concert review: HERE

Read the 1st part of this article: HERE