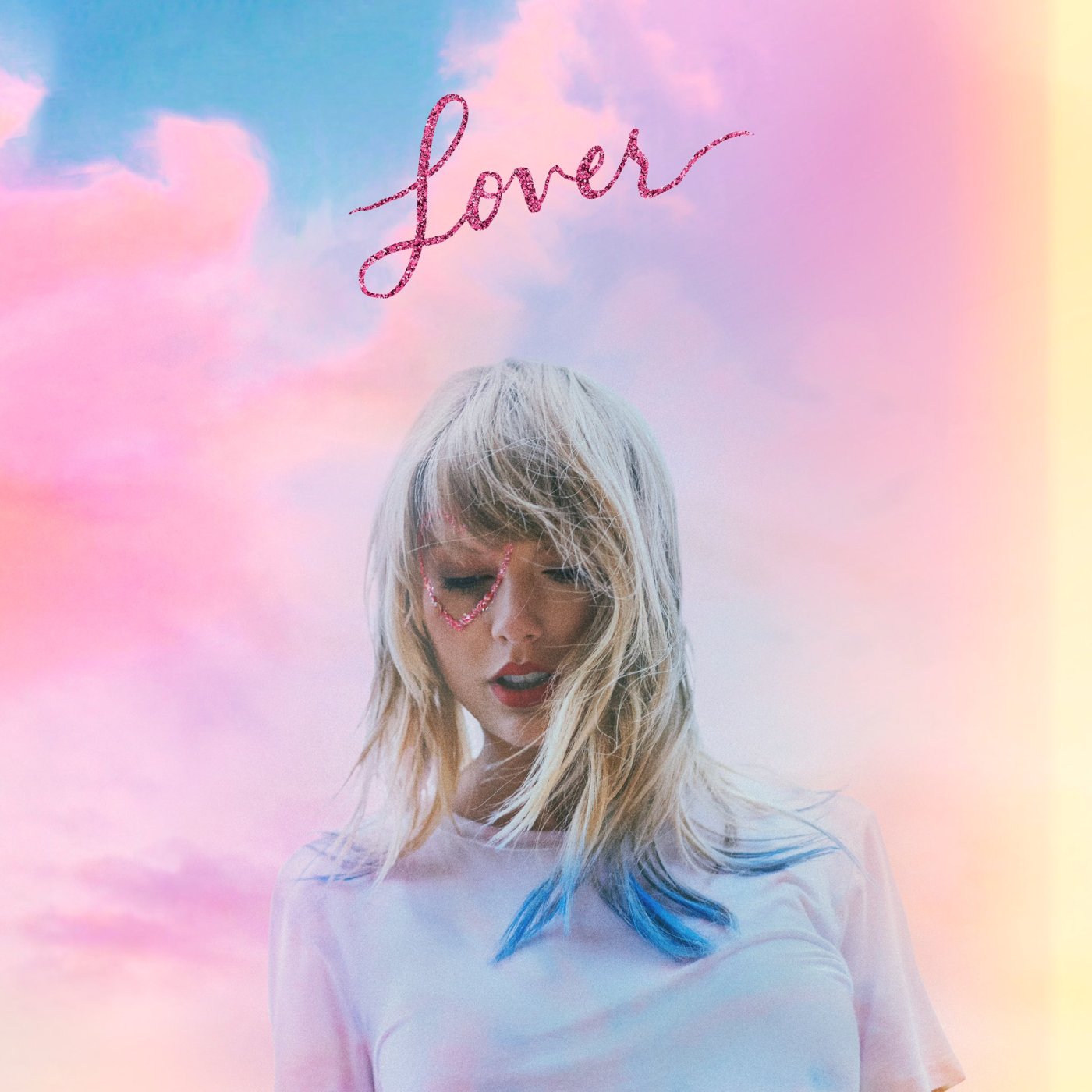 Taylor Swift released her 7th studio album on 23rd August 2019. I had no idea what to expect from this album. But I had a thesis that it was only made for the music market demanded by her label. Therefore, I listened to this record very carefully and analyzed every 18 tracks for you. Here’s my honest opinion about Lover!

If you follow me on Instagram then you know how much I was disappointed by the lead single ME!. After a dark and powerful era like Reputation, Me! was just too childish for me. Yes, it’s a self-love anthem and I love the message but Taylor isn’t 19 anymore she is 29. I was surprised that she collaborated with Brendon Urie. I wish they worked on a more mature track instead of this kindergarten party song. Besides the lead single, we have one more collaboration on Lover. The track Soon You’ll Get Better ft. Dixie Chicks. I’m honest, I never heard of Dixie Chicks before, probably you too. They are a successful female country music trio since 1989. You can actually only hear them doing backing-vocals for Taylor during the chorus and in the bridge. Regardless of the collaboration, this acoustic story-telling track is very personal and maybe the most emotional song on this album. Taylor wrote this song about her mother, who is diagnosed with cancer. I adore her smooth vocals and the combination with the banjo; they have a calming effect together.

The second single You Need To Calm Down was just another disappointment for me sonically in the first place. I thought how many times she wants to sell the same old song since it didn’t sound original for me at all, especially the chorus. I must admit that it grew on me later on. I started to like the message behind the song and the music video. My highlight was probably the peace declaration between her and Katy Perry after five years of a feud.

The promotional single The Archer pulled me back to Taylor Swift and made me curious about this new era after the first two disappointments. The Archer fascinated me because it showed me what a good songwriter Taylor actually is when it comes to lyrics. Which are very poetic and paramount, so the production is kept simple. My favorite lines are: “And all of my heroes die all alone…Cause all of my enemies started out friends”. The final release before the album was the title-track Lover. I was very surprised when I first listened to this song. It was production-wise totally different from what we’re used to hearing from Taylor. Lover was only written by herself and I think she wanted to keep it all acoustic. Therefore the plain production is acceptable. We’re definitely not used to listen to this type of singles. But Taylor is always here to change the game. However, I like this song, it’s romantic and peaceful. She is again rather talking than singing but that’s a typical Taylor Swift song. It sounds like a country track and it felt like Taylor is going back to her roots even only for a song on the album.

The Man became immediately a fan favorite because it has a message that no one could agree more with. Taylor is singing in this upbeat synth-pop track how she would be treated differently in the media and music business if she was a man. We all know that men are more privileged when it comes to guarding your reputation. I think she wrote an anthem for all the female artists. Thank you, Taylor, for speaking out. Another fan favorite has become Cruel Summer, maybe because the album was released at the end of the summer. Or just because she is singing about how much she desperately loves a bad boy. It’s probably relatable for most of her fans.

My favorite song on the album became immediately I Forgot That You Existed. It’s the first track on the album and represents for Taylor the transition from the Reputation era to the new Lover era. For me, I just love the shadiness of the lyrics. Taylor is talking again than singing but I still enjoy her talk and the little melodies combined with the flicking beat.

The track Paper Rings will put you immediately in a good mood. It’s an upbeat love song, sounds original, and I literally can’t describe the beat because it has elements of rock, punk and country. Maybe that’s exactly the reason why it sounds so original. In the verses, Taylor is reminiscing on memorable events she had with her lover. In the chorus, she admits that she even would marry him with paper rings. “I like shiny things, but I’d marry you with paper rings that’s right. Darling, you’re the one I want”. Another song with positive vibes is London Boy. It’s more than just a love song about her current boyfriend Joe Alwyn. The lyrics are literally representing the English culture and referencing significant places and events in London. Taylor also confirms her current relationship in this song: “So I guess all the rumors are true, you know I love a London boy”.

In Miss Americana & The Heartbreak Prince Taylor is fighting for her lover while having a bad reputation, represented in a high school prom setting. This song is my masterpiece of the album because of the metaphoric and story-telling lyrics and the dreamy dark beat production. It’s a song that could have been on her last album Reputation. Another romantic song is False God, which presents metaphors and references about Christianity. However, it’s a slow love song with a jazzy beat. You’re going the love the saxophone in the chorus. Taylor sings about how she and her lover worship their relationship even they know it’s the false god. My favorite line is: “I know heaven’s a thing I go there when you touch me, honey. Hell is when I fight with you”. 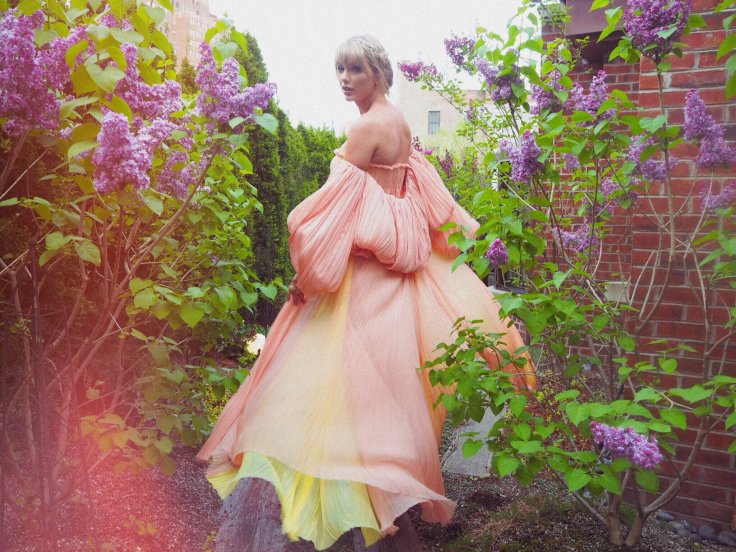 The self-written slow song Cornelia Street symbolizes one of Taylor’s past relationships. She actually lived on this street in 2016. Taylor admits that she would never walk this street again if she loses him. More confessions are on the other ballad Afterglow. Taylor desperately doesn’t want to lose his lover and blames herself for everything and asks for forgiveness. “Hey, it’s all me… I’m the one who burned us down… Sorry that I hurt you”. But in the upbeat breakup song Death By A Thousand Cuts Taylor now has to say goodbye and move on.

It’s Nice To Have A Friend is the shortest track on the album. I enjoy listening to it so much. For me, the production and the vocals create an entirely different world to dive in. It sounds a bit dark and scary, so it could have been a perfect Melanie Martinez song. However, the lyrics tell the story of two school friends getting married and continued being friends in their relationship when they get older. My filler alarm is I Think He Knows, lyrically and vocally not appealing at all. Don’t tell me it’s your favorite track. The last track Daylight is a beautiful self-empowering ballad about finding daylight after a dark phase. It’s a great way to end this album.

Taylor Swift shows us different dimensions and stages of love and of a relationship in this album. From self-love, falling in love, breakups and everything in between Lover is a symbol for LOVE. With 18 tracks Taylor wasn’t scared of any fillers and didn’t hold back a song from us. She wrote three of them just by herself and worked mostly with the artists: Jack Antonoff, Louis Bell and Joel Little for the other ones. I wouldn’t say that this is her most personal album but it’s clear that she put all her talent into it. Unfortunately, I wasn’t astonished by any of her vocals in any of these tracks. The way she sings gets boring fast, therefore it’s harder to listen to the entire album at once. I liked the way how she experimented with some elements of different genres it makes the album more diverse. All in all, I still think that the album was made for a younger audience since they still want to buy albums as CDs today. But some tracks are meant for all ages. If I was 16, I would listen to this album on repeat but for now I saved my favorite tracks on Spotify. Tell me what you think about her album in the comment section. Is this the pop album of the year?

You can also check out my album review on Reputation.