Jonas Brother released their fifth studio album Happiness Begins on the 7th of June after six years of a break. Their reunion will be one of the highlights of this year for sure. They are back in the best way possible: new music, a world tour, new merch and even a documentary. As a 90s child I grew up with them especially with their Disney projects Camp Rock and JONAS. Then I became a fan of Nick Jonas when he started his solo career and I also enjoyed DNCE as a band. I was actually waiting for Nick’s third studio album to be announced for three years now. It looks like it could take much longer because I want them to release more music together as the Jonas Brothers and not only the comeback album Happiness Begins. I already got my golden circle ticket to see them live in Zurich in February 2020. But for now, let’s analyze these 14 new tracks.

On 1st of March, the Jonas Brothers released their comeback single Sucker and their reunion was official. I think we all love this song and the music video; they definitely deserved their #1 debut on the Billboard Hot 100 chart. It’s also their first number one hit worldwide. It’s a great upbeat love song with some lyrics that can be stuck in your head all day long. I’m sure we will play this song at every party this summer. One month later on 5th April, they gave us another taste from their upcoming album with the 2nd single Cool. This time it’s not a love song but rather a self-empowering anthem. In the lyrics, Joe and Nick reference to some main events happened during their breakup. Just like Nick’s marriage and his solo career as an actor and singer. They reference Game of Thrones and they also mention Post Malone back in the 2nd verse. I must say that I wasn’t really impressed when I first heard this track, but after I have seen them perform it live, now I know this track is written for the crowd to sing along. It has an entirely different effect performed live than on audio.

I thought Sucker is going to be the summer hit from the Jonas Brothers but I already changed my mind after hearing Only Human and I think you’ll change yours too. Their 3rd single is a flirty song with a reggae beat and a lot of wind instruments. Reggae-pop songs got really popular in the last years, so the Jonas brothers didn’t miss to catch up with this trend. In the lyrics, they sing in a metaphoric way about the joy of making love. “You got all my love to spend. Let’s find a place where happiness begins. We gon’ dance in my living room, slave to the way you move, hurts when I’m leaving you.” These lines can definitely be interpreted in a sexual way. In the chorus, Nick tries to convince her to spend the night with him: “It’s only human, you know that it’s real. So why would you fight or try to deny the way that you feel? Babe, you can’t fool me, your body’s got other plans. So stop pretending you’re shy, just come on and dance.” They first have referenced the album title Happiness Begins in this song and used it as a metaphor for love/sex. Another reggae-pop track on the album is Every Single Time, it’s also quite sexual since they sing about having an affair. I love the song production but their vocals sound too electronic in some lines and I don’t really like it.

The first romantic slow love song on the album is I Believe, co-written by Nick Jonas and dedicated to his wife Priyanka Chopra. I love everything about this song it really has a calming effect. You can feel the love, the honesty and the authenticity in Nick’s vocals. The production and the lyrics are just perfect. Hesitate is a romantic love letter, this time co-written by Joe for his wife Sophie Turner. In the lyrics, he promises to heal her pain and to save her without hesitation whenever she will need him. Joe also tells how grateful he is to have her. I wish Nick and Joe the best for their marriages. There is one more love song on the album called Love Her. This one manages to be at the line of being another cheesy Lalala pop song and of being a romantic Ed Sheeran-like love anthem. The soft acoustic beat and their tender vocals make it sound perfect. The lyrics could be seen as instructions from the three brothers to all men out there, explaining how to have a successful relationship with your girlfriend.

With Used To Be we listen to the first break-up song on the album. Looking at the lyrics you can tell that there must have been a heavy argument and that she has broken up with him. “Baby, if it’s what you want I just wanna see you happy…We had love, now it don’t matter. You just thought you could do better. So do better.” I have so much sympathy and empathy for this song. I love their attitude in their vocals. Every young man who has been broken up with will be able to relate to this song. Other breakup-related songs are Don’t Throw it Away and Strangers they both represent the phase before you actually decide to break up with the other person, they remind you of the love you have and still feel for your partner. In Don’t Throw it Away they boys hopefully try to avoid a breakup; they just want her to take her time and to think of them again before she says the words she can’t take back and might regret. A break instead of a break-up this is the message of the song. I love the upbeat dance vibes during the chorus it perfectly matches the album title Happiness Begins. Strangers is in particular about realizing how much you love somebody even though you actually wanted to break up with this person.

Happy When I’m Sad is a funky pop track. The lyrics remind me of fake smile by Ariana Grande since the boys also sing about the fact that people can think you’re happy even though you’re sad. It’s the only mental health related track on the album. This song will definitely put you in a good mood even if you’re sad. Rollercoaster will also remind you of another artist, it’ll make you think you’re listening to an Avicii album since the chorus fits in perfectly to his music style. However, in this upbeat pop track, the brothers compare their life to a rollercoaster with highs and lows and say that they would take the same ride again. “It was fun when we were young and now we’re older. Those days when we were broke in California. We were up-and-down and barely made it over. But I’d go back and ride that roller coaster.” A fun fact is that none of the brothers co-wrote on this track, which ironically seems to be the most personal song on the album. 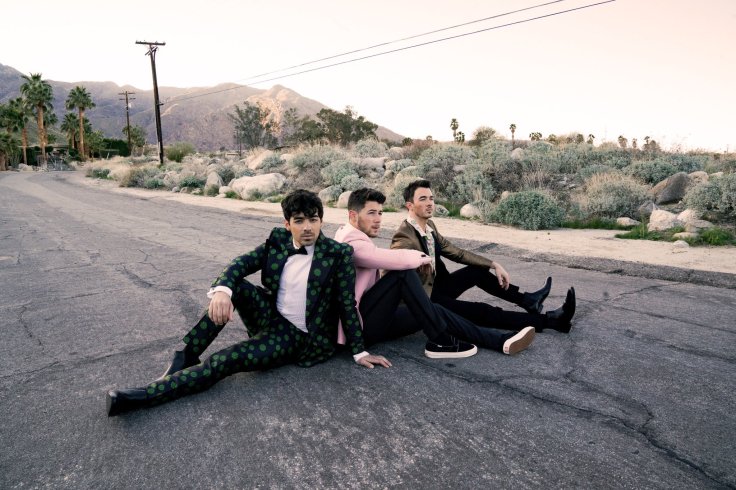 In Trust the boys sing about a toxic relationship. They sing about the situation when you know exactly that the person isn’t right and has actually a negative effect on you. But you still can’t let go of this person because of their attraction and impact on you. Therefore, you can’t even trust yourself when you’re around this person. “I don’t trust myself when I’m around you”. We all know how good Joe and especially Nick can sing falsetto but this time during the chorus it wasn’t enjoyable for me at all. The rock-pop ballad Come Back is a great way to end the album, it leaves a sensitive feeling of joy and happiness in you. In the lyrics, the brothers promise to come back if their beloved ones come back too. “Come back to me, baby, I’ll come back to you”. The track even feels too short with only two and a half minutes. It also reminds us how much we have missed Nick and Joe to sing the same melody with their stunning vocals.

Surprisingly there weren’t any collaborations on this album, not even with a rapper, which is totally fine. We’re sick of having these rappers on every pop track. But something I actually miss is a featuring with Demi Lovato. I hope there will be a remix for one of the songs with her. The boys co-wrote almost on every song except on Rollercoaster, therefore, we can assume that the album has a personal meaning for them. Otherwise, Ryan Tedder also known as the frontman of OneRepublic co-wrote and produced six songs including Sucker, Cool and Rollercoaster. Another successful producer they worked with is Greg Kurstin, who produced four of the tracks counting I Believe and Strangers. All in all, it’s an album with a diverse number of songs, some are sonically more pleasant than others but I think we’re all just glad to have new music by our favorite three brothers. Happiness Begins debuted at #1 on the Billboard 200 chart with the biggest stream and sale week of 2019 so far.

Must Listen: Sucker, Only Human, I Believe, Don’t Throw it Away, Strangers, Rollercoaster, Comeback