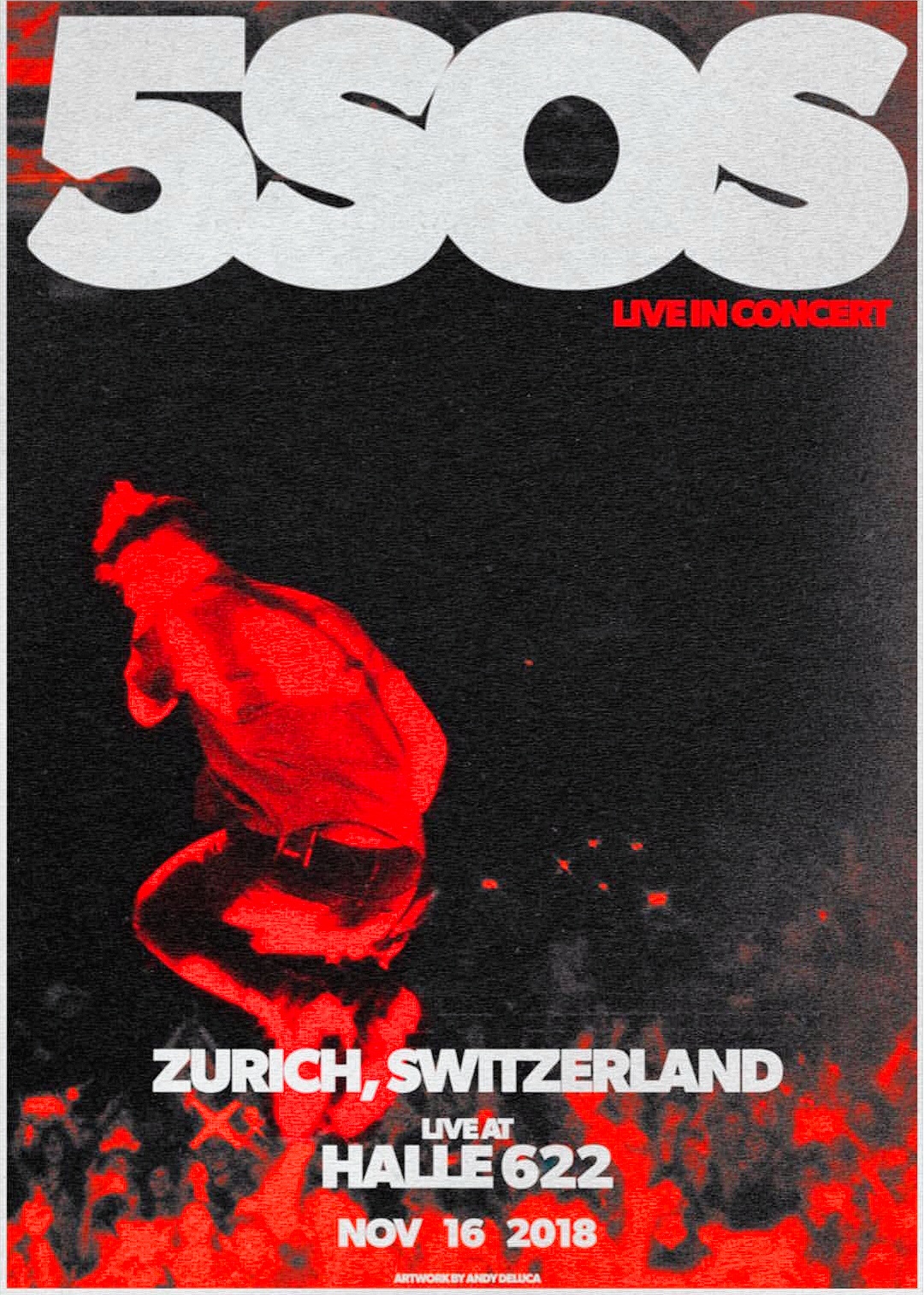 You probably already know the Australian pop-rock band 5 Seconds Of Summer (5SOS) but if not let me shortly introduce them to you. The band had its breakthrough in 2014 with their number one single “She Looks So Perfect”. The band members are Luke Hemmings (22, lead vocals), Calum Hood (22, bass guitar), Ashton Irwin (24, drums) and Michael Clifford (23, lead guitar). All of them are incredibly talented, they all sing and play many different instruments.

I saw them on tour as a support act for 1D in 2014, in Bern. Back then I wasn’t really a crazy fan of them, I just listened to their singles. This summer they released after a long break their 3rd studio album called “Youngblood”, which became number one in a week. Thus, they count now three number one albums in the US and Australia.  When I first listened to the new album, I suddenly became a fan of them since their current music is much more mature. They are definitely not teenagers anymore. So, I promised myself that I would see them live on tour if they came to Switzerland. Thanks to ABC Production for making my wish come true. I went to their show in Zurich with my dear friend Jacqueline on the 16th of November in Halle 622. 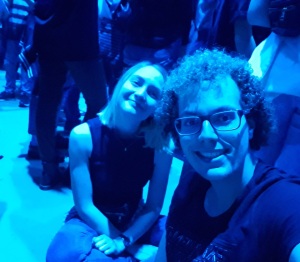 The support act, which was an indie-pop band from Los Angeles called lovelytheband went on stage at 7.40 p.m. They played eight songs in half an hour, the audience loved them and they gained more fans with every song they performed. Especially the last two songs “broken” and “these are my friends” made me and the fans ready to party with 5SOS. You should buy or stream these two songs, they are my new jams and also check out their debut album “Finding It Hard To Smile”. 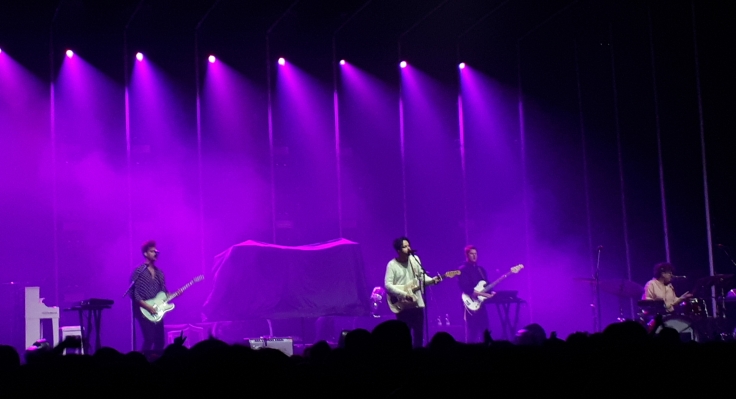 At 8.40 p.m. the crowd got excited again, this time for 5SOS. They opened the show with “Babylon”, which is one of my favorite tracks on the new album. Afterward, they rushed through four more songs including my favorites “Talk Fast” and “Moving Along”. Then we had a welcome speech from Luke. Jaqueline and I just hoped that they would not rush through the entire show so fast. They again performed a couple of songs from the new album, the tracks “More”, “Better Man”, “If Walls Could Talk” and “Ghost Of You“. I love all these songs that’s why I mention them.  Then, Calum took the mic to talk to the audience. He mentioned that it’s their third last show of the tour, therefore they were sad and wanted us to be one of the best audiences of the tour.

The highlight of the concert was when Calum allowed a girl to go on stage to sing Amnesia with them. A teen girl called Samira went on stage, she was holding a poster with this wish. Instead of singing, she wanted to play the guitar. As Luke helped her with attaching the acoustic guitar, we could hear a lot of screaming since he touched her back, crazy teenager girls. She performed very well with the boys and it was an unforgettable moment for everyone, to have such a performance for their most-loved ballad.

They continued the show with another rock ballad “The Only Reason”. For the song “Lie To Me” Luke played and sang an acoustic version on the piano. After performing other songs, they told us during the last speech that they have bad news for us. Everyone was like: “Omg, what’s going on, are they going to announce their split?”. But they just told us that they have four more songs left for us to perform before the concert was over. I knew that there would also be an encore, so I didn’t believe them. One of the last songs before the encore was “Valentine” another of my favorites. I really went crazy and sang out loud during “Jet Black Heart”, after performing “Want You Back” they left the stage. And yes, they came back to sing “She Looks So Perfect” and “Youngblood” to close the show.

What I noticed during the entire concert was that their speeches seemed scripted. Since it was the third last show of the tour, they have probably memorized very well what they say every night. Their speeches didn’t seem authentic to me. They have told us the same words they tell during every show, I guess. Words like: “you’re one of the best audiences we have ever had, you still can be the best”. Luke also apologized for taking so long to release the 3rd album and that they have missed us. They also asked who already have bought the new album. I felt a lack of inspiration and motivation in their speeches. 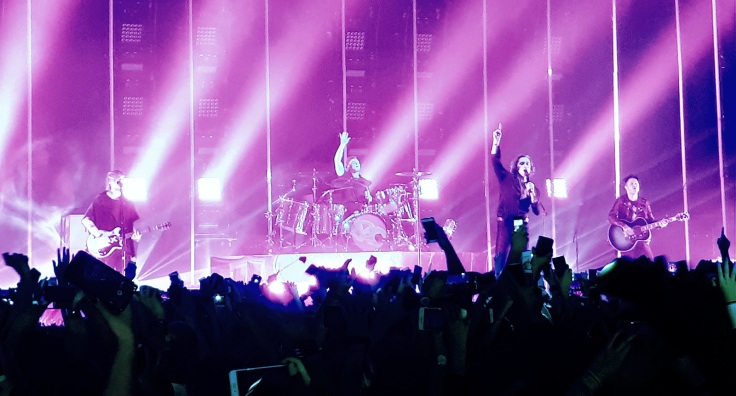 However, I realized that the boys and I grew up since the last time I saw them live. Their stage presence is so cool and they really performed like professionals. I loved it, the one problem was to catch them all into one picture, since Michael and Calum were standing far away from each other. Michael on the left side of the stage and Calum on the right, with Luke standing in the middle and Ashton in the back with his amazing large drum set, he definitely stole the other boys the show. The stage lighting during the entire show was also very charming. They were like performing in an open box, whose walls were made of parallel light rods. They didn’t change their stage outfits during the show but Luke’s clothing was my favorite. Go and check out some footage of the concert on my Instagram @erenblogs. Comment your favorite track by 5SOS here or under my last Insta post if you have read so far. Thank you.

And thanks again to ABC Production Switzerland for having let me experience this amazing concert.

One thought on “5SOS: Meet You There Tour – Concert Review”