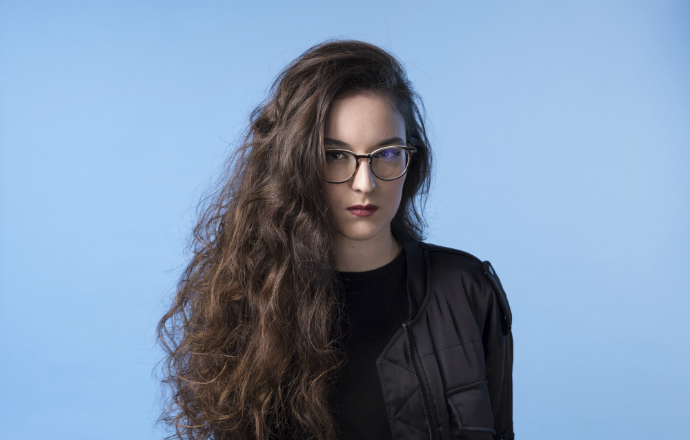 Since I’m a music blogger, who lives in Switzerland, I also listen to some national musicians. Veronica Fusaro is one of them. She is a twenty-year-old girl from Thun, Switzerland, with Italian roots. Currently, she is studying Sociology and promoting her new EP “Ice Cold”. The first time I heard her name was back in 2014 on the TV show “The Voice of Switzerland”. She didn’t win the contest but at least she got national attention. Veronica started in 2011 to upload cover songs on her YouTube channel and to gain international attention. Her cover of the song “Nothing Like Us” by Justin Bieber is with 19 thousand views her most watched video. After “The Voice of Switzerland” she built herself a little studio in the basement of her parents and since then she is learning by doing how to write and produce songs. Today, she has already written and released two EPs and is still working on her debut album. But Veronica takes her time with releasing new music. Since the release of her new EP “Ice Cold” released this February, she is on tour and plays many gigs in Switzerland, Germany and she is also an act for “The Great Escape 2018”, which is on the 17th May in Brighton, UK.

Last Friday I had the opportunity to see her live on stage. She played in a bar in my city. I went without any expectations I just wanted to enjoy the moment and her music. The tickets cost 20 CHF for adults and 15 CHF for children and students. At 9.20 p.m. she went on stage alone without a band. It was more like an acoustic session. Therefore, she played the acoustic and the electric guitar by herself, she also used a looper and her beatboxing talent to mix her own beats. Her setlist consisted mostly of the songs of her two EPs, but she also played some of her unreleased songs and a few covers. She entertained the audience, roughly 40 people, for more than an hour and also played an encore, which I didn’t expect. After the concert, she invited us to meet her at the merch stand. Naturally, I didn’t miss this chance and got a picture with her. She was very friendly and nice.

I really enjoyed her vocals and her music last Friday night. There is something special about her vocals that fascinates me. She has rather an original music style and her songs are definitely not comparable to boring catchy pop songs. I think that she is a very talented young artist with the potential to have an international breakthrough very soon. So please check her out. My favorite song by Veronica is her new single “Better If I Go”, I can relate perfectly to this song. I also like the song “I Still” from her new EP. But I also want to recommend two songs from her debut EP “Lost In Thought” released in 2016. These are “Dragon” and “Let Em Talk” both are empowering and inspiring.

I wish Veronica the best for her musical career, and thank YOU for reading this blog post. Let’s meet again when she has released her debut album and I have written an album review on it.